First of all, I must say that DVR’s are wonderful.  I don’t have to be a slave to scheduled sporting events anymore.  Having just watched the thrilling UEFA Champions League finale in my home, at my leisure, two days later…and it was more crazy late game drama to advance into OT between Bayern Munich and Chelsea.  Fairly predictable late game drama given recent events in the English Premier League.  See Manchester City v. QPR.

Foster The People-Pumped Up Kicks (The Knocks Remix)

I’m not going to say much about the game except that you should watch it…and Chelsea’s goalie Pieter Cech is a superhuman!

The Big Pink-Hit The Ground (Superman) 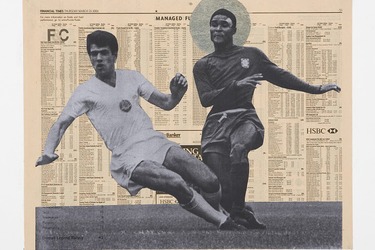 …also I will say this.  Drogba sounds a lot like drama.  Just sayin’.