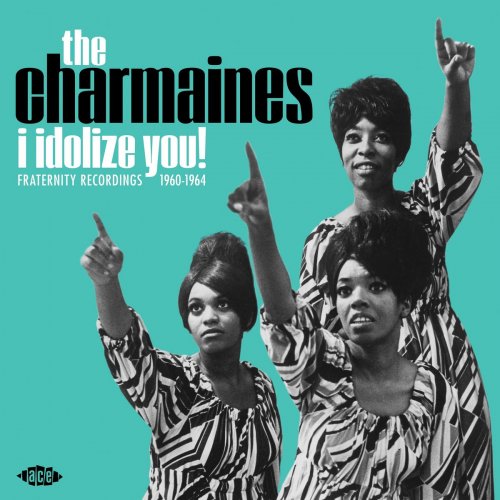 The Charmaines-I Idolize You! Fraternity Recordings 1960-64

Rockin Pneumonia and the Boogie-Woogie Flu

What Kind of Girl Do You Think I Am

HOT off the presses…

…enjoy the above highlight tracks, and here are a few words from the record company on its release…

“A brief appearance on Billboard’s Bubbling Under chart belies the fact that the Charmaines were Cincinnati’s leading 1960s girl group. Formed by Marian “Gigi” Jackson, Dee Watkins and Irene Vinegar, the group was awarded a contract with Fraternity Records for winning a talent show. Gigi’s sister Jerri sang on many of the group’s records but was too young to perform in nightclubs. When Dee left to get married, Jerri joined as a full-time member. The Charmaines called it a day in the early 70s but several of their records remained popular with dancers on the UK’s Northern Soul scene. That popularity received a boost in the mid-2000s when their great version of Ike & Tina Turner’s ‘I Idolize You’ was made available for the first time, immediately finding favour with DJs and club-goers. During their career the Charmaines had singles on six different labels, but they never did have an album released. We rectify that situation here with this stylishly packaged vinyl-only 14-track collection of their finest Fraternity recordings. Along with ‘I Idolize You’, highlights include ‘What Kind Of Girl (Do You Think I Am)’, ‘On The Wagon’ (as covered by the Ronettes), their rip-roaring version of ‘Rockin’ Pneumonia’ and three terrific examples of their work as backing singers for label-mates Lonnie Mack and Carl Edmondson.”