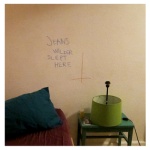 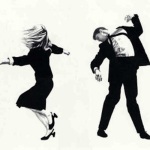 It’s not everyday that a whole new genre of music is coined, but today might just be one of those days for us.

The world of music is always looking for something new yet simultaneously afixed firmly amidst the milieu of the established musical culture.  Most recently a cursory look back at the past i. e. the 1980’s, has become in large part the inspiration for much song writing-experimentation.  However poignant some of these projects may have been it seems like the eighties retro style is beginning to fade away, and is being replaced with another launch back in time.  To the 60’s.  This time it appears that the decade of the flower children and digruntled veterans, has the power to inspire musicians all over again.  How powerful a decade the 60’s were has already proven itself at least once before, as evident by the boom of hippie-esque tunes from the 90’s.  The Black Crowes , Rusted Root, Phish, Blues Traveler, Hootie, Arrested Development, De La Soul, etc…You know what I mean.  Those huge groups took obvious influence from the flower power portion of the 60’s.  Essentially leaving alone the first half of that decade, and for me the most epic half.

During the early 60’s the groundwork was laid for the most explosive output of musical creativity in history.  It was deep within such fertile soil that the roots of modern music took its stock.  Jazz, blues, country, pop, r&b, and gospel/soul, began to establish itself on solid ground, and prove that each style could stand on its own.  Consequently each style flourished and started to grow.  It is only natural that after enough time the early part of the 60’s would be revisited for inspiration in mainstream contemporary music.  I must say though that groups like Sharon Jones and the Dap-Kings, Lee Fields, The Bamboos, and The Soul Investigators, for example, do not fit into the Post-Soul genre in my mind because they are actual, honest-to-goodness soul revivalists.  A little bit different, yet equally terrific.

Slowly but surely the sounds of soul/r&b has trickled into new music.  With groups like Tennis and Cults dropping tracks last year, in my eyes (ears) the style of Post-Soul began to take rise.

I’ve been hearing different words used to describe this strange hazy music that’s been blowing up a bit recently.  Some like to call it Lounge Rock, Bedroom-Pop, or Dream-Pop.  I’m not convinced by any of those subtitles.  In fact I got one of my own Post-Soul.  If Post-Rock is to Rock, then Post-Soul is to Soul/R&B.  Here’s a few choice selections from new (ish) musical alchemists.  First a selection from Mickey Brown, a new project from the people who brought you Mickey Mickey Rourke.  Check out their new album Soul Glo… its sexual chocolate!  While the whole album does not exhibit the same sound throughout, it is real good.

Next up is two new smashing-ly good tracks from San Diego’s own Andrew Caddick, aka Jeans Wilder.  Both tracks sound as if they were recorded under water, during the Enchantment Under the Sea Dance (geek stuff).  Owing more to James Brown’s Night Train, than to the mod work of the Yardbirds, Andrew’s new tracks resemble something right out of a sock hop in your daydreams.

Lay Back and Enjoy!