Pimps, Playas, Private Eye’s, and Beyond

Here’s a look at the colorful world of Blaxploitation soundtracks and the amazing posters that accompanied these classic film releases.  At Soul Donuts radio on KWVA FM we did three weeks of Blaxploitation exploration.  Here are highlights from those 3 shows.  Place yourself back in a time and place where extra large Cadillac’s floated down the street, driven by leather and fur clad hustlers draped in jewelry, wasn’t a thang.  Just imagine outlaw justice being carried out on the tough streets of the concrete jungle, and what luck was left to be had was only bad-luck…

…as a side note I wanted to mention the interesting tale of the film Brotherman and it’s soundtrack.  Head over to the Numero Group’s site for the lowdown on that.

The internet is awash with blogs discussing Blaxploitation films so this is in no way comprehensive or informative, just a lil fun…or should I say funk.

Starting off our journey into this realm we start with a look at some of the most colorful pimps.

Willie Dynamite takes the whole genre over the top, even to the point of parody.  This film features a battle for territory between the cities entrepreneurial pimps, and the perils associated with the world’s second oldest profession. 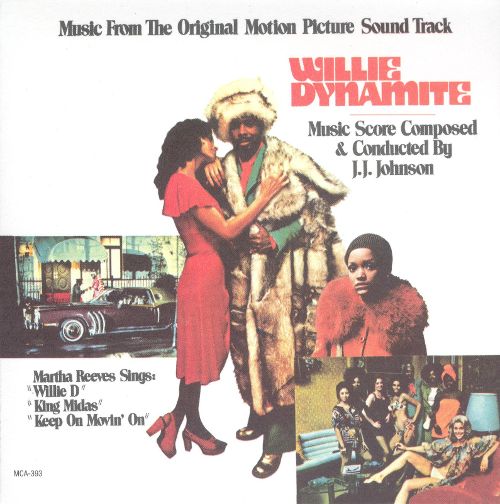 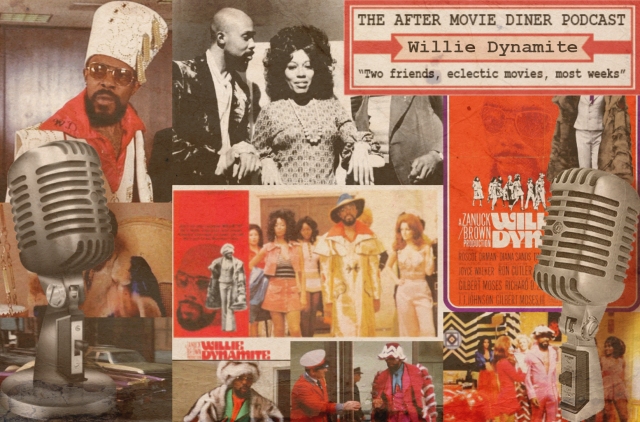 Let’s not forget about The Mack, one of the most poignant and thought provoking films about pimping ever made.  This movie features a breakout role for Max Julien, and a fantastic co-starring role for Richard Pryor, who was further solidifying his rise to stardom at this time.

The real far out thing about both of these pimp movies are the cars, so fly. 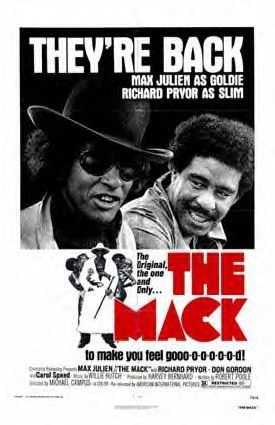 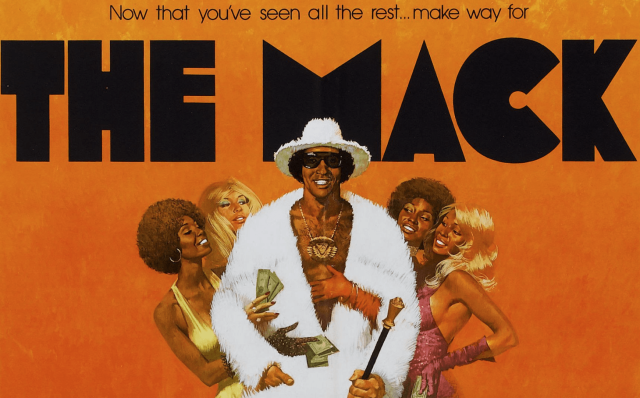 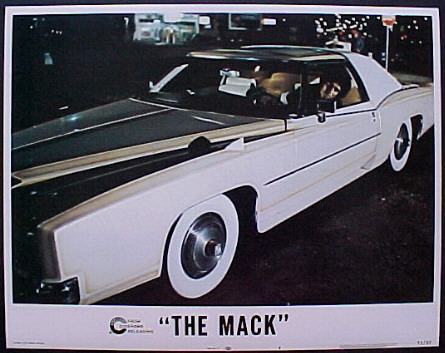 Blaxploitation might seem like a male dominated genre, but the biggest playa of all was the lovely Miss Pam Grier.  She was a playa, a tough mama, and a righteous sista all in one.  Pam starred in more movies than I can list here, most famously Foxy Brown, and Coffy, and appeared in almost all of the best films of the genre, even including Scream Blacula Scream.  She began her rise in popularity from appearing in a string of prison films  (Women in Cages, The Arena, Black Mama White Mama, Big Birdcage, etc).  Prison films is another sub-genre of exploitation, drive-in, grindhouse and B-movies, that ushered in Blaxploitation films, and were hugely influential to them.  Pam’s story is pure poetic justice if you think about it, she started out her film career as a tortured, and exploited prisoner, and rose into the reigning queen and arguably the largest superstar in the genre.  If that’s not playa, I don’t know what is…

In Black Samson a local nightclub owner tangles with the mob, the message here,…don’t mess with a playa.

Rudy Ray Moore aka Dolemite was un-matched in the genre for his comedic portrayal of a tough silver-tongued playa.  Dolemite wasn’t real he was just a slightly, and I do mean slightly exaggerated form of Mr. Ray Moore himself. 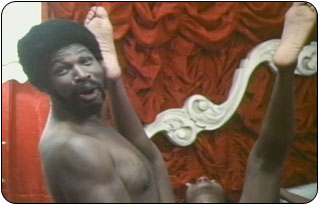 Also be sure to check out his rated x album covers, they are far out. 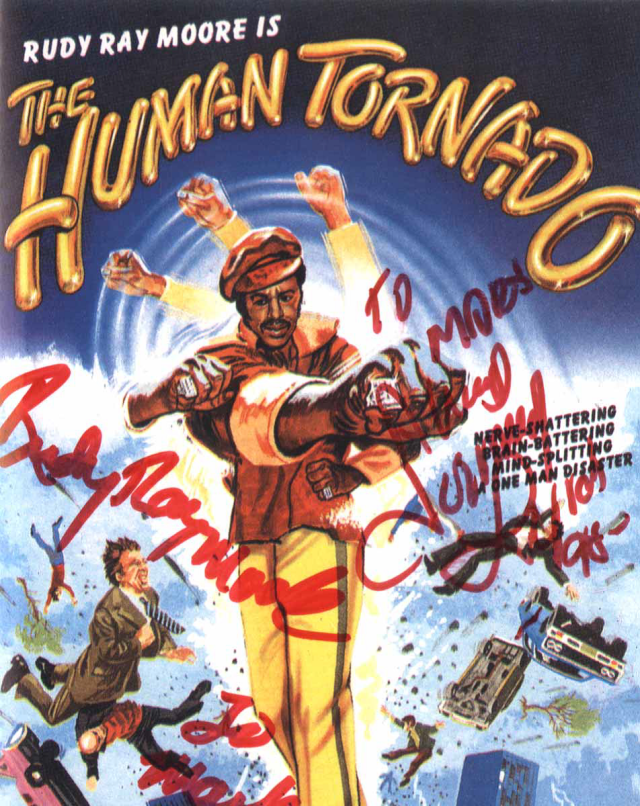 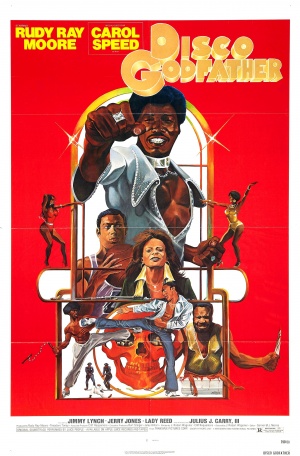 …and don’t forget your very own bobblehead collecitble. 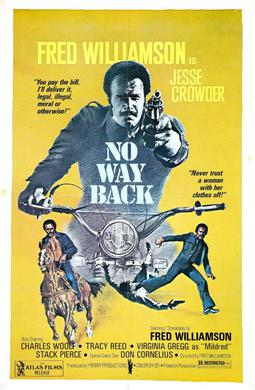 Private Eye Jesse Crowder is on the case and he won’t sleep until his man is in chains. Catchphrases include “ Never trust a woman with her clothes off!” and “You pay the bill. I’ll deliver it, legal, illegal, moral or otherwise!”  This movie has a smashing title track by The Dells. 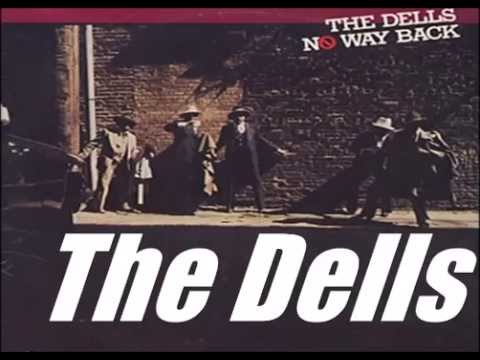 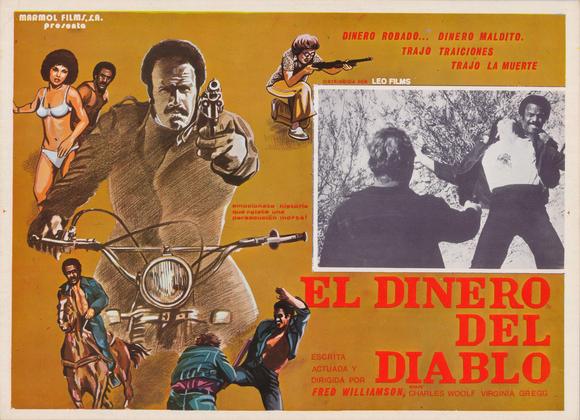 Thieves go right along with Private Eyes, and were strong characters for the genre.

Cool Breeze also had an early appearance from Pam Grier

Kung Fu was hugely popular during the 70s and 80s and numerous Blaxploitation films reflected this. Here’s but a few.

Willie Hutch and the Temptations-Inside You

The Last Dragon happens to feature one of the most memorable characters in all of the Blaxploitation film genre, Sho Nuff. 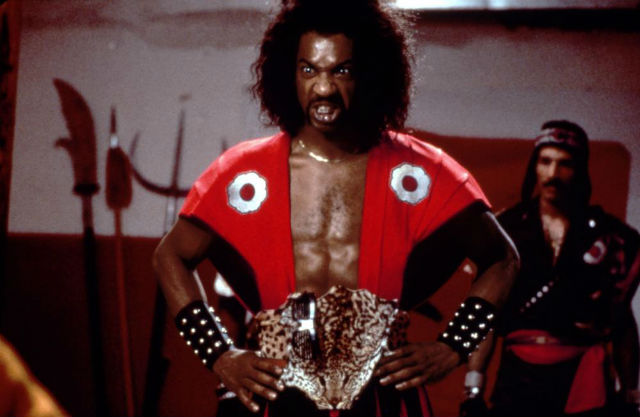 Fall of the Albatross-Revenge of Sho Nuff

What’s better than cross-pollinating pulp film genres? Nothing.  In Horror Blaxploitation films we see the already popular horror genre getting Afro-centric in these often times hilarious and perfectly low-budget classics.

The name says it all, perhaps the most perfectly coined movie title in the entire genre. 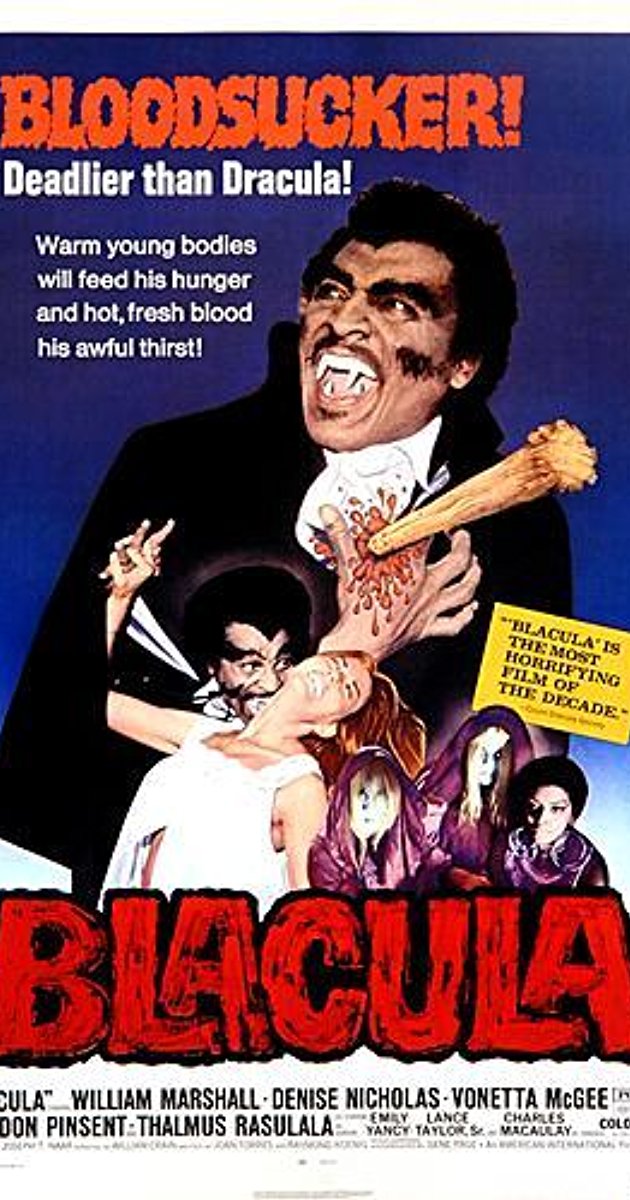 …of course the popularity of this film spawned many copycats.

High school was a common theme in the genre.  Here’s 3 films about school featuring; A Hero Ain’t Nothin’ But a Sandwich, Cornbread Earl & Me, and Cooley High which all touched on the inequalities in the education system, and the difficulties of trying to go to school, even play ball, and survive the mean streets. 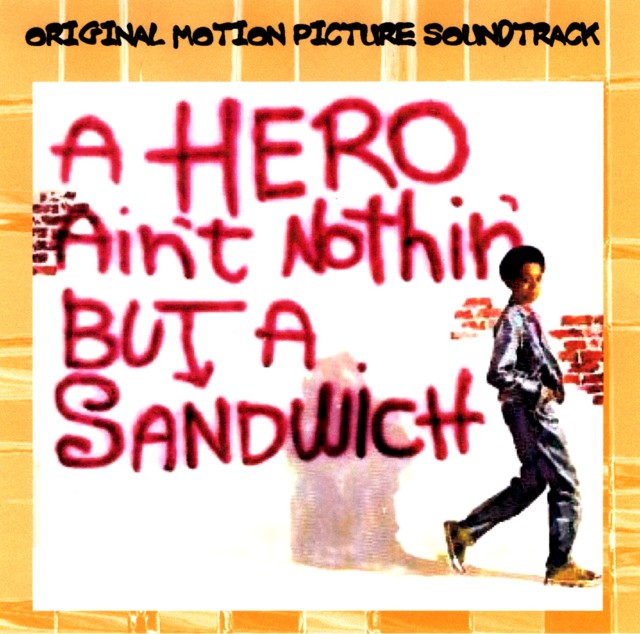 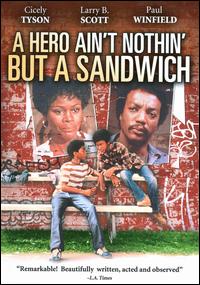 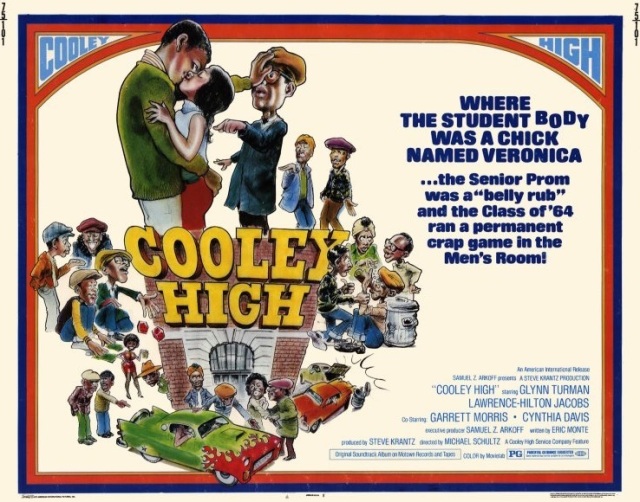 Freddie Perren-2 Pigs and a Hog 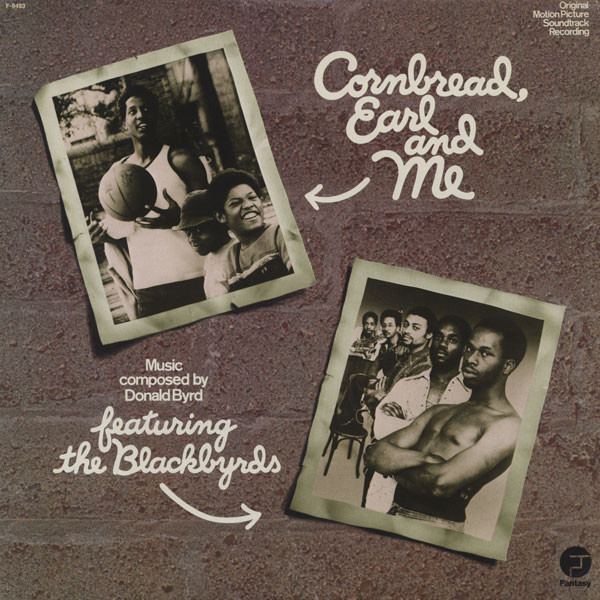 The Education of Sonny Carson and Youngblood both featured a coming-of-age story intertwined with street gangs. 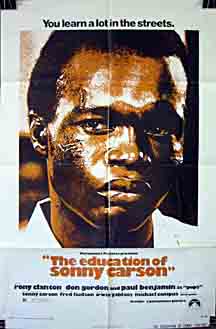 WAR-Youngblood (Livin’ in the Streets) 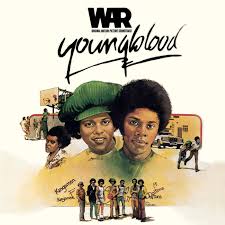 Politics saw it’s own take on racial segregation, discrimination, and inequality in the professonal business world… 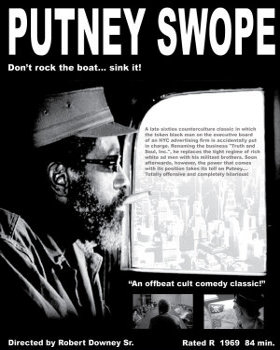 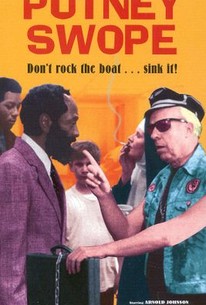 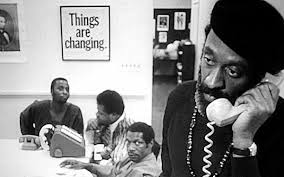 ..and of course Westerns, and Exotic films.  These films were some of the first films to feature prominently black actors, most famously in Bull-Dogger (1922) and Harlem on the Prairie (1937).  Although these very same films often had great wage inequalities, and were heavily derided for their portrayal of black Africans and indigenous people as savages.

Here’s the theme song to Buck and the Preacher man.  A country and western film that may or may not fit this genre, but has a great poster, the incomparable Sidney Poitier, and that great theme song.  Dig it below.

The New Birth-Buck and the Preacher 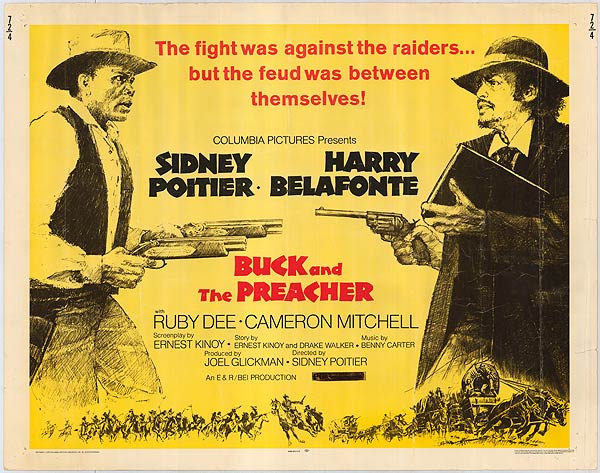 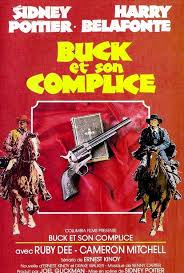 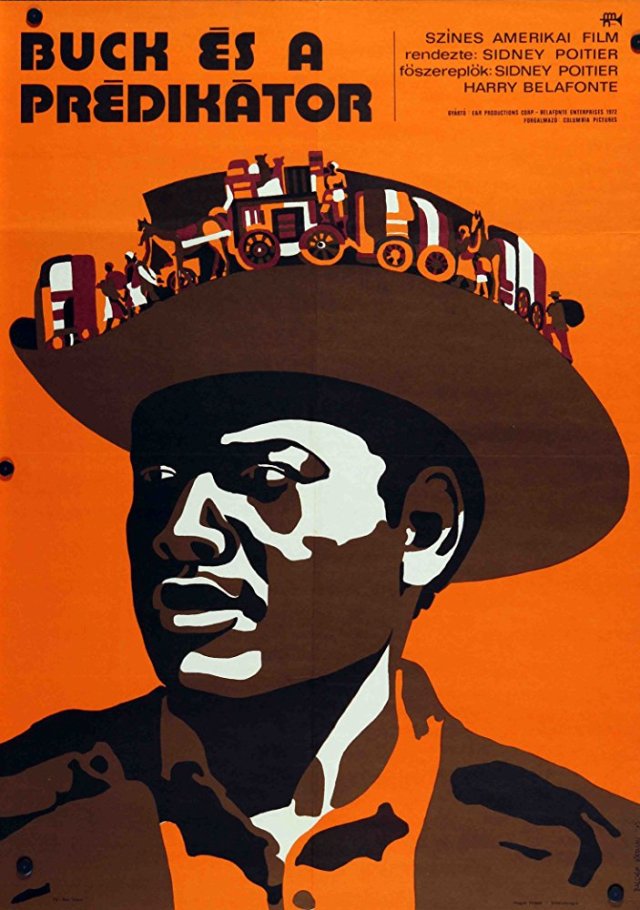 …here’s great analysis of the film from The Case For Global Film.