Three of his great albums to dive deeper into. 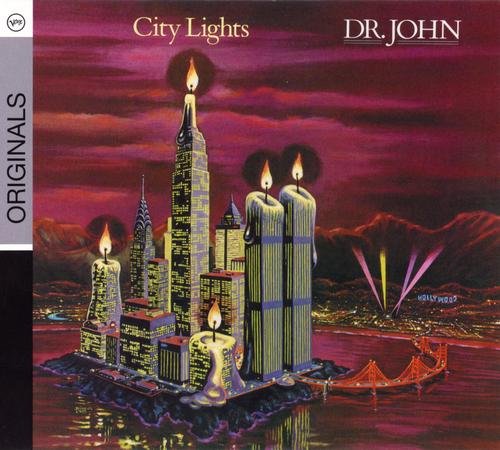 “After the release of Mardi Gras in 1975, Dr. John (aka Mac Rebennack) left Atlantic Records. In late 1977, he signed with A&M’s Horizon imprint — a label whose purpose was to showcase the jazz side of its parent company. City Lights is the better of two recordings he cut there. Produced by Tommy LiPuma and Hugh McCracken, City Lights was recorded at New York’s Hit Factory Studios with a band of studio aces: drummer Steve Gadd, guitarists Cornell Dupree and John Tropea, bassist Will Lee, and Richard Tee as an additional keyboardist; Arthur Jenkins added percussive effects. The five-piece horn section included both David Sanborn and Ronnie Cuber. What’s really startling, however, is the material. For most of the 1970s, Rebennack had been playing well-known tunes by other Crescent City luminaries and pop songwriters, contributing precious little of his material to his albums. On City Lights he wrote or co-wrote everything on the set. His songwriting partner for part of this date was none other than Doc Pomus. The best of both men is captured on the opener, “Dance the Night Away with You,” a strolling New Orleans R&B number. Pomus’ words are wrapped in beautiful romantic fantasies of late nights, the magic of city streets, and the acknowledgement between lovers that they are the only people in the world. Rebennack’s music is filled with plinking upright piano, a killer horn chart, a languid pace, and some background effects that reinforce the song’s imagery.

Rebennack’s own funky “Snake Eyes” is another killer on the set, even as it’s set somewhere between a pulsing bossa rhythm and an uptown blues tune. When the good doctor begins his low growling moan on the vocal, it all comes together with phase-shifted Steely Dan-style slippery guitars, impressionistic synths, rimshot snares, and that trademark piano that is always in the cut. Even moodier is his “Rain,” a beautiful slow jazz ballad with great support from George Young’s tenor saxophone filling the tags, and a fine string arrangement by Claus Ogerman. There are some uptempo tunes as well, such as “Wild Honey,” written with Bobby Charles, and the righteously funky “Fire of Love,” written with Alvin Robinson. The two closing numbers are the icing on the cake. First is a medley, “Sonata/He’s a Hero.” It begins with a lithe, post-midnight piano solo by Rebennack and segues right into the fat and funky latter tune with a tight percussive horn chart and great, street-swaggering lyrics about a lonely ne’er-do-well by Pomus. Rebennack and Pomus showcase the other side of this urban soundscape on the blues-drenched closing title track with its slow boogie-woogie-style piano, gorgeous swirling strings, and Pomus’ gorgeous words that could have come right from Mose Allison: “Too many city lights/Too many midnights on the wrong side of life/Too many honky tonks…gave me no time to find a good wife of my own/All my yesterdays and tomorrows/Are all starting to look the same/All the places are filled with people/Without faces, without names.” It’s a perfect whispering finish. After 1972’s Gumbo, this is Rebennack’s most consistently satisfying recording of the ’70s; it also disproves the “Punter 101” theory that “slick” = “bad”; far from it. City Lights finally appeared on compact disc in 2008 as part of Verve’s excellent Originals series. 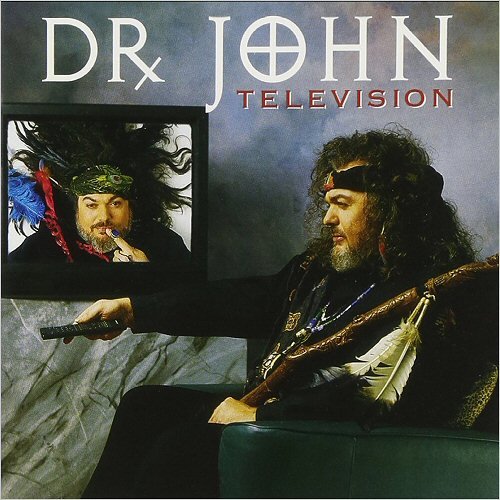 Dr. John’s debut for GRP doesn’t deviate from any release he’s made for several other labels. It’s still his chunky, humorous take on New Orleans funk; these are his songs, visions and performances, and there’s none of the elevator material or laidback, detached fare that’s a customary GRP byproduct. Such songs as “Witchy Red,” “Spaceship Relationship” and the title selection are a delicate mix of seemingly outrageous but actually quite sharp commentary and excellent musical performances from Dr. John on keyboards, Hugh McCracken on guitar, and several other veterans, among them the great Red Tyler on tenor sax. While not quite as fiery as his classic sessions for Atlantic, if anyone can bring the funk to a company that’s famous for avoiding it, it’s Dr. John 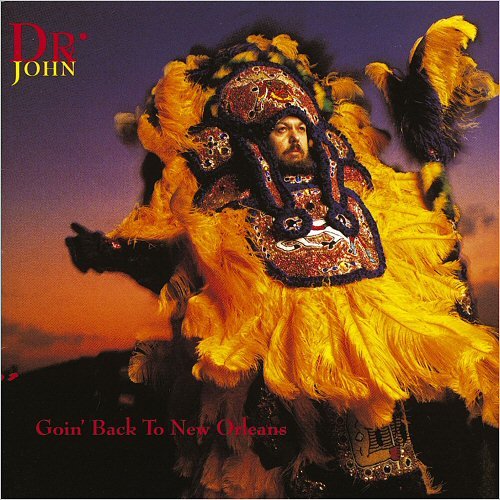 Having cut an album of standards on his first Warner Brothers album, In a Sentimental Mood (1989), Dr. John turned for its follow-up to a collection of New Orleans standards. On an album he described in the liner notes as “a little history of New Orleans music,” Dr. John returned to his hometown and set up shop at local Ultrasonic Studios, inviting in such local musicians as Pete Fountain, Al Hirt, and the Neville Brothers and addressing the music and styles of such local legends as Jelly Roll Morton, Huey “Piano” Smith, Fats Domino, James Booker, and Professor Longhair. The geography may have been circumscribed, but the stylistic range was extensive, from jazz and blues to folk and rock. And it was all played with festive conviction — Dr. John is the perfect archivist for the music, being one of its primary proponents, yet he had never addressed it quite as directly as he did here.”