It’s clear that last year I was into lots of soul, disco, funk of the 70s and 80s African and Brazilian music variety, and its influence on the world. Also, as usual, the rediscovering of lost pearls hidden throughout the oyster of time, preferably tarnished low budget productions and lots of underground scenes.  You know…Music Music Music.  Without further ado, here are my favorite compilations from 2018.

…and not a moment too soon.  Starting with my most favorite ones.

Author Tim Lawrence released a two-part double vinyl soundtrack to accompany his book Life & Death On The New York Dance Floor.  The albums highlight what was an explosive and experimental cultural crossroads, and a unique blend of Post-Punk, Disco, Jazz, and Funk that defined the era of the early 80s scene, and eventually led to the birth of Hip-Hop.

We love answer discs around here.  Those quirky little novelty tracks that respond to a popular song with a sassy rebuttal of the original.  What’s not to be loved?

One of 9 volumes in this series.  Most of them being released this year from the Light In The Attic folks, (originally released on the OMNI Recording Co. label) and the only one I have listened to as of yet.  I’m sure they are all as rapturous as this one was!

VA: Love Shock: About Those Beats from the Heart

Still doing the hard work of uncovering rare and seldom heard tracks, Koko Mojo releases yet another masterful collection.  This album focuses on lost jumpin’ Rhythm and Blues tracks, with a clear influence of Little Richard, and occasionally little money to produce them.  Fascinating in its collecting or more correctly unearthing of lost gems from bygone eras, this compilation is also a fun time.

The underground scene that defined a certain sector of Parisian life, one that featured a cross-cultural milieu of French speaking African countries, Caribbean, and American gospel.  An indelible adventure into one of the many exotic sides of Paris’ rhythmic and electronic 80s music.  The 12-track double vinyl collection includes a 28 page book with previously unpublished photographs from the archives of Bill Akwa Bétotè.  Probably my favorite of the year!

The Weeden Family Singers-In the Kingdom of the Lord

Worldwide rarities and obscure tracks ranging from the most rare “Liberian Disco” to librarian disco, funk and pop.  An incredible mix of tracks, mostly Afro-Pop, and probably the creepiest cover of the year!

Too Slow to Disco (Compiled by Ed Motta)

You should be sufficiently curious from the title alone, plus Soundway Records specializes in this kind of material.  Compiled by Milos Kaiser, who had this to say about the tracks “the problem is finding them. They aren’t rare because everyone wants a copy but because no one wants them, not even the dealers.” Yessssss!

VA: Napoli Segreta: Modern Gems from the Bowels of Vesuvius

Last but not least, this fascinating compilation of long-forgotten gems from the Naples, Italy 70s and 80s pre-disco and funky disco-pop music scene.

moving on… and ramping up.  Spreading out with the soulful side of planet Earth…

Episode 9 of the Soul and Funk master-series.

Have you ever wondered what being a swinger during the late 50s early 60s in Saigon would sound like? Well look no  further.  These mod/pop songs flourish with local talent, and highlight the sexual, and sensual side of Saigon finding its modern self.

Rough and raw, soulful and Ethiopian.  A gem.

Various Artists – Nadir: High Hopes, Spaced Out Cuts From The Israeli Side Vol. 4

This compilation series focuses on the Tel Aviv underground Soul/Funk scene of the late 60s, a period of time

Truly phenomenal collection, so much fun! The early emergence of AfroPop styles.

Quaint and satisfying.  It’s hard not to hear the birth of soooo many types of music in this early Calypso.  Truly important that this music has been preserved for us to experience today.

This Is Bossa Nova

What really is Mambo?  It seems like an off-shoot of Rhythm and Blues with Caribbean influences.  This is a great compilation to here the early roots of Mambo transformed for an American audience.  This is less authentic Mambo tracks and more hearing its influence on American popular music of the time, i.e. Rhythm and Blues.  Fascinating and fun stuff.

…and now back to the States for a ton more Soul.

Pretty self explanatory those few above.  Loads of soul and funk!

Fabulous re-issue and compilation label The Preservation Project adds this four track EP to their collection.  Two tracks by the Teacher Haters, and two tracks by unknown artists.

These few words from Preservation Projects, “it is uncomplicated, and that’s what makes it great — it sounds like a bunch of college guys having a good time, writing lyrics on the spot: “If you’re lookin’ for romance, take a train, take a plane…or a raft to France.” The guys have something other than romance on their minds as they chug along on acoustic guitar and trash can drums (and possibly other things). What really makes the track, though, is the witchy background voice — the performance is loose enough, while the witch is doing his own thing entirely.”

The 20th volume of their flagship Eccentric Soul series.

Numero Group really is one of my favorite labels they always come with stacks of great compilations and more every year!  Just head over there to browse cool covers all day long!

Here’s what they had to say.

“Eccentric Soul: The Saru Label has all the boxes checked: Gun-toting, skip-tracing record producers, child stars, rip-offs, the “World’s Greatest Bail Bondsman,” swindles, soaring falsettos, and a dwindling rust-belt cityscape offering mere glimpses of hope before the record industry escaped for the coasts. Helmed by the O’Jays Bobby Massey, Saru was a creative vortex that pulled Cuyahoga County’s greatest talent in, making a strong case for Cleveland to contend with Detroit, Philly, and Memphis as America’s soul music’s capital. Deluxe compact disc or double album includes 25 obscure and unknown sides from the Out of Sights, the Elements, Pandella Kelly, David Peoples, Sir Stanley, the Ponderosa Twins + 1, Ba-Roz, Bobby Dukes, and of course, the O’Jays.”

The Soul of a Man: Black America’s Ballads

Lots of famous names.  Full to the brim with great soul ballads.  Just do me a favor, skip the last two tracks.  Thx.

The Best of Blues and Soul: From Urban Blues to Ghetto Soul

…bet that was one hell of a party.

Now for a trip down memory lane with Girl Groups, and 50s & 60s pop nostalgia and easy-listening.  Starting our trip in Australia…

VA: How is the Air Up There?-80 Mod Soul, RnB, and Freakbeat Nuggets from Down Under

VA: Those Days Were Ours-60 Timeless Memories

VA: Banana Split for My Baby-33 Gems from the Good Old Summertime

Tru Thoughts label showcase in the ‘Shapes’ series.  Featuring recent projects and remixes from the label in jazz, hip hop, and world music.

They had this to say…”It’s less a label than an international conspiracy to conquer clichéd sounds, a glowing neon helix re-organizing the DNA of hip-hop and house, jazz and ambient, techno and soul, funk and footwork and every other strain of beat music that eludes compartmentalization.”  Yeah what he said…

“The list of classics is scarcely contained over these two volumes – one is retrospective, the other comprises an unreleased future canon. Movements rise and fall, but the ideas espoused over the last ten orbits remain indelible. If Brainfeeder hadn’t built the future, no one else could have even dreamed it.”

A Look Into the Evasion Disques Vaults 70-73

OK so this one is self-explanatory.

Play it Like Grandpa: Soul Funk and Nu Jazz Vol. 3

Various Artists – Tone and Manor Presents: All over the Place, Vol. 2

DJ Nomad from Berlin selects Tropical Soul, Disco, and Funk on this compilation from the Bear Family Record Co.  As a DJ Nomad does not necessarily put a label on his style, but always expresses love for Polyrythms, Soulful harmonies and the African drums and Percussion. He’s notorious for finding fresh world music dance tracks all around the globe, before they become hits, and a massive collector.

Last but certainly not least!

This from Anthology Records

In the heyday of low-budget television and scrappy genre filmmaking, producers who needed a soundtrack for their commercial entertainments could reach for a selection of library music: LPs of stock recordings whose contents fit any mood required.

Unusual Sounds is a deep dive into a musical universe that has, until now, been accessible only to producers and record collectors; a celebration of this strange industry and an examination of its unique place at the nexus of art and commerce.

The perfect companion to the David Hollander curated book Unusual Sounds: The Hidden History of Library Music (out now on Anthology Editions), these 20 tracks, encapsulate the niche and fascinating subculture of library music. Genres were spliced, conventions dispensed with, and oftentimes hybrid music of astonishing complexity was produced. Elements of rock, jazz, soul, even twentieth-century avant-garde composition were all utilized, and no stone was left unturned. As a result, some of the best library music defies all categorization, reflecting the individualistic quirks and artistry of the various musicians who made it. 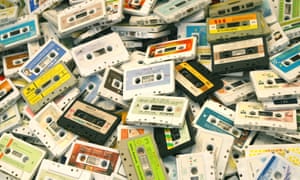