Greetings my minnows and my minnowettes,

My name is WALL I and I’m a cold blooded mutha of a fish that lives in the fresh waters of Wisco who’s into skinny swimming, Friday Perch Fry’s on acid, happy endings after a great fin and scale massage, and dropping boombastic beats that will make your warm blooded booties sizzle.   The high priest of art, culture, music, and randyburgers, the one and only Don of Soul Donuts, Spin Laden is paying me a pirates booty worth of baitfish to bring you the freshest cuts and perspectives  as well as tried and true hits from beneath the tide in a weekly installment called WALL I’s Corner. 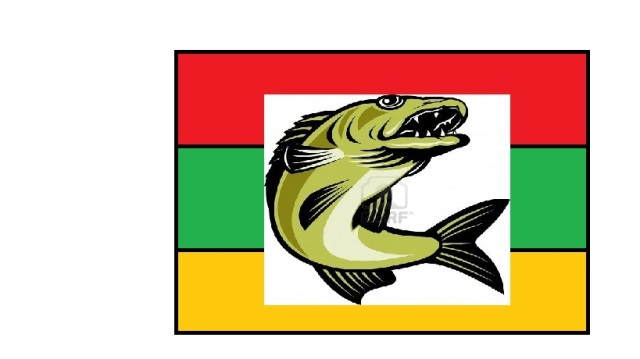 Before we go on a non-traditional reggae tour, since it’s spring again in Wisco and I’m about to get my spawn on with some fresh females, I always stretch my fins and my libido with a little old “school” fave, pun intended, from my old homie from up the rock, one Biz Markie, the “clown prince of hip hop” from NYC!

Here’s a fresh new crush of mine, the lovely Hollie Cook via the British Isles bringing the vibes from the Isle of Jamaica, with her sidekick Horseman and production from Prince Fatty off her self titled debut from her label Mr. Bongo.  Hollie’s sweet style and flava she calls “tropical pop”  is the product of her pedigree, her dad Paul Cook, drummer for punk rock titans The Sex Pistols, and her eclectic London upbringing.  You can also catch her fronting the latest reincarnation of the 70’s punk group The Slits.   Here’s the videos to her single Body Beat and the live performance of her cut Milk and Honey, again with Horseman, on the greatest live music TV show since Soul Train, the UK’s one and only Later with Jools Holland!

Big ups to my Minnesotan Wall I brethren who brought me on land to a recent concert by neo-roots reggae space rockers Roster McCabe, led by the soulwise, positive vibe laden lyrics and vocals of anti-frontman and keyboardist Alex Steele.  These guys tear it up both in the studio on their last effort 2010’s Through Space & Time and road warrioring it up at music venues around the country.  Here’s two of my recent faves off that LP, a live version of dub rocker Spark a Light and the studio cut of the addictive guitar riffs from Michael Daum on space house dance jazz rocker Soar!

Vamos a cruzar la frontera/Let’s cross the border to check out the mischievous boricua  pranksters of reggaeton and cumbia, Calle 13, led by their crazy ass frontman Residente.  From the insanity of Atrevete te te (I Dare You) and Cumbia de los Aburridos (Cumbia of the Bored) to the serious border crossing anthem, Pa’l Norte (to the North)   with Cuban Hip Hop group Orishas, Calle 13 brings the heat!

Last and most importantly in this reggae fusion special are dos mujeres especiales desde Argentina (two special women from Argentina).   La primera, Alika, born in Uruguay, who fronts her group Nueva Alianza with a fierce roots realness on the mic you forget how sexy she is, but to the habladores de español who understand the gravity of her socially conscious lyrics, her beauty is more than skin deep.  Her last full length LP in 2009, ALIKA MEETS MAD PROFESSOR, featured the dub mastery of legendary reggae producer Mad Professor attacking the mixer on her hits.  Alika is quite a sight live in concert and her latest release, the mixtape, Unidad y Respeto (Unity and Respect) is a fantastic compendium of her entire catalog with great dub production work by DJ Stepwise.

Here are two of my faves, the political heavy hitter Galang off 2008’s Educate Yourself and knowledge dropped over a sick cumbia sample in Dem Got No Love off the same LP.

La segunda the reggaeton inflected bombs and stylistic flow of Buenos Aires rude girl Princesa.   With dancehall movers like Aqui Princesa to Más Fuego, Princesa is no Cinderella, shattering glass slippers with her razor sharp lyrical flow.  However, this may be my favorite reggaeton song of all time, and here it is, the club banger, Mamanla.

Keep posted in the future to Soul Donuts for new episodes of WALL I’s Corner as I’ll touch on hot tunes and culture from Brasil, Jamaica, Latin America, Africa, U.S., and beyond as well as social commentary that’s as sharp as the spines on my dorsal fins!  Don’t forget to check out Spin Laden’s updates as well and like Soul Donuts on Facebook!

2 Responses to The WALL I Swimmeth……