I love the work of young Japanese artist/photographer Tomoko Sawada.  I thought I would share.  I’ve seen her work a few times, but most recently as part of LACMA’s “Human Nature” show that was on display this summer.  Check out some photo’s on this Flickr stream. 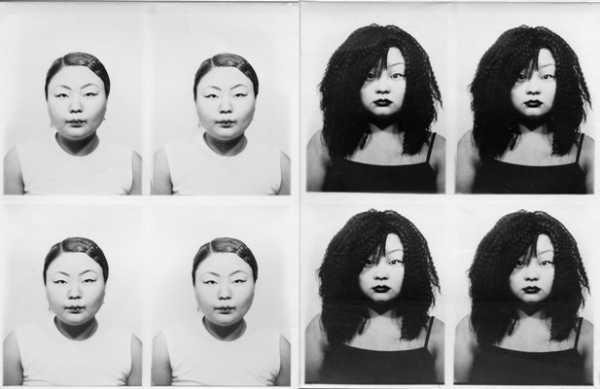 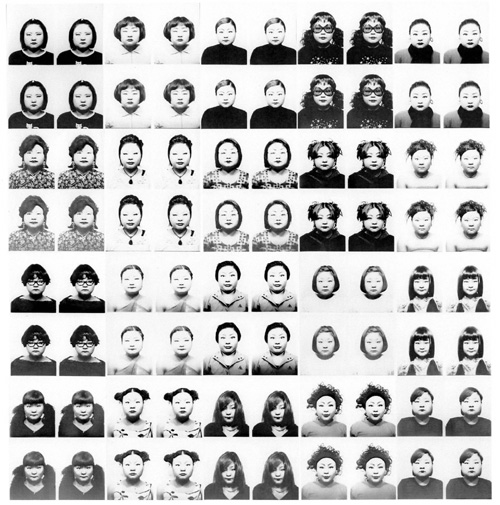 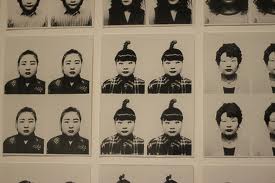 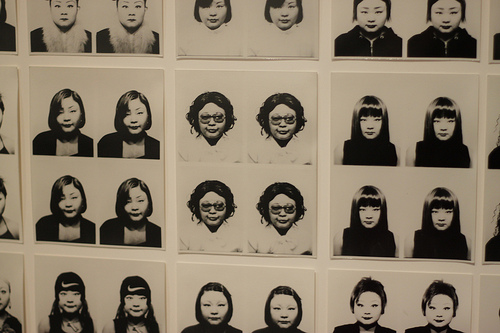 Compared to the work of Cindy Sherman, Nikki S. Lee and Yasumasa Morimura, Sawada’s work takes on a life less theatrical and effervescent, in favor of a more sterile and mechanical approach to making the image and it’s outcome. 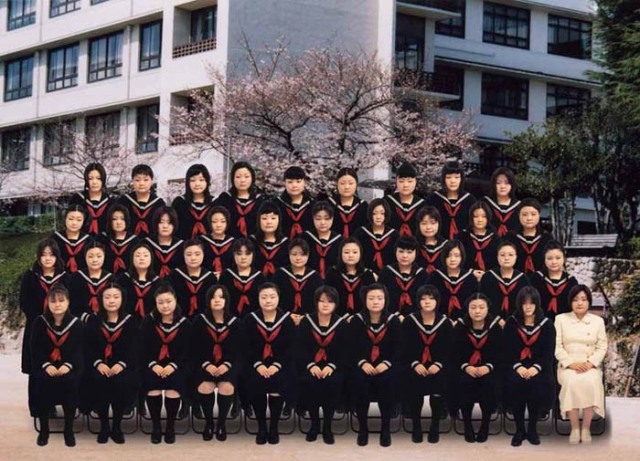 I could expound on the meaning of her work to me, but I won’t.  I will say one thing about her work, it is truly captivating to see in person, and elevates the simple format of small photo-booth style snapshots or mugshots into something composed and beautiful.  She had this to say about her photo-booth pieces part of her now prolific ID400 series, where she managed to produce over 400 different identities. “The facial characteristics and expressions are so varied and elastic in these candid shots that they become in and of themselves a subtle study of physiognomy”. 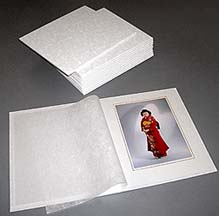 Here are some more words about her work from the blog the First Word and from Tomoko herself.

For the series Omiai, Sawada similarly portrays herself as thirty different candidates for arranged marriages. In this long Japanese tradition, potential brides dressed in formal attire go to have their pictures taken at a professional portrait studio. The parents subsequently exchange and distribute these cards to other families and relatives in the hope that they will find a suitable husband for their daughter. 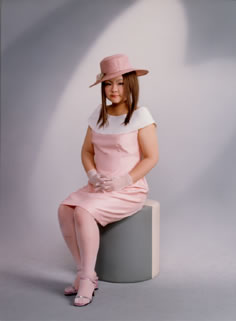 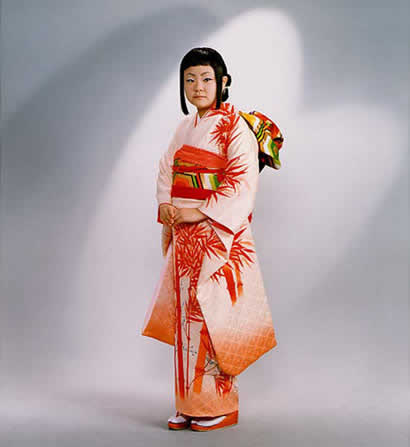 Sawada dresses in a traditional kimono or business suit. The viewer is forced to look again at the images.  As with ID-400, the artist relinquishes traditional control of the shutter release and, instead, chooses to use a ready-made camera/photographer, here in the form of a real portrait studio. 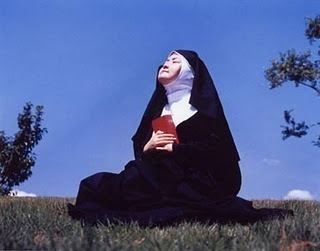 “I was bound by an inferiority complex. When I started to take pictures, I loved my image taken in photos, which looked attractive and cute. I could make myself look like a model or an actress in pictures. As I looked at my pictures again and again, the gap between my real image and my image in a picture widened. In other words, my appearance could be changed easily, but my personality did not change. An ID picture proves the identity or the existence of a person in the picture. That is, even if someone does not exist in this world, if he or she appears in an ID picture, that person can prove his or her existence. One’s personality is said to show in one’s appearance. However, even if one’s appearance changes, the essence does not change. Such a contradiction motivated me to create my work. Anyone in these ID pictures could be myself. The camera for ID pictures, that is my studio, stands inside the parking lot located along the Kobe Subway. As if it were made specially for me, there was a restroom in front of the studio. There, I continued to disguise myself as many different persons as possible, ten to twenty different characters, by wearing the clothes I brought, until the last train passed on the railway. Since it was a public restroom, other people came to use it. My works are in monochrome, so it is not so noticeable, but my make-up made me look unusual. Once a little girl came in and she froze the moment she saw me. Also, a young woman came in and instantly rushed out as if she saw something she should not have seen. I scared away many people. A guard at the parking lot was suspicious of me, and I was afraid he would report me to the police. Let me apologize to the people I encountered while photographing there”. 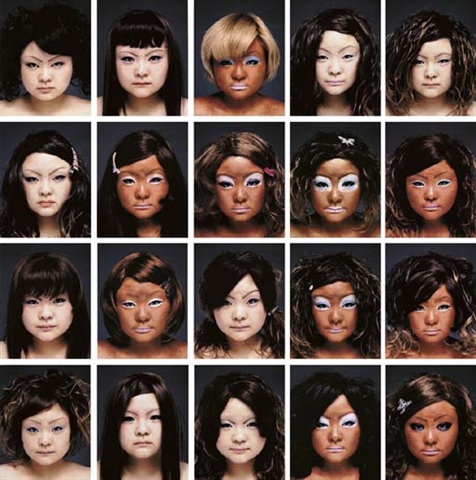 Read this great article for more…and check here for more on her work. 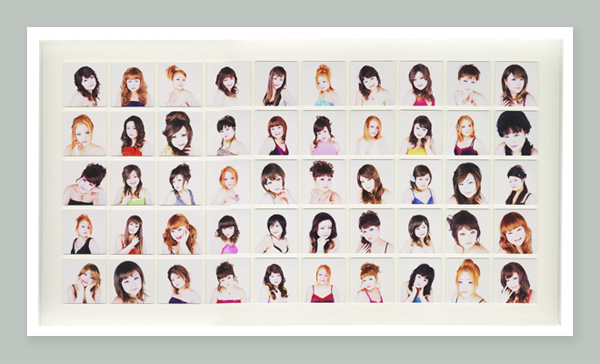 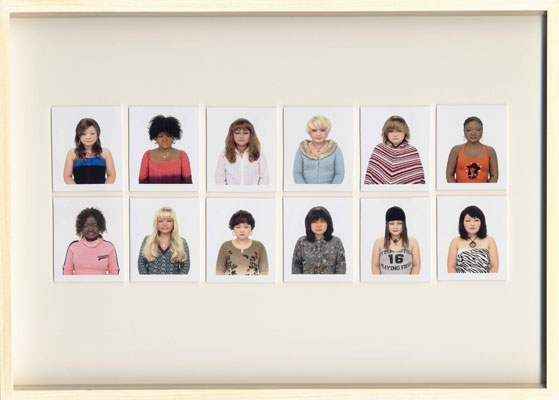 Here is some music to enjoy your further research into this subject I’m sure…:) 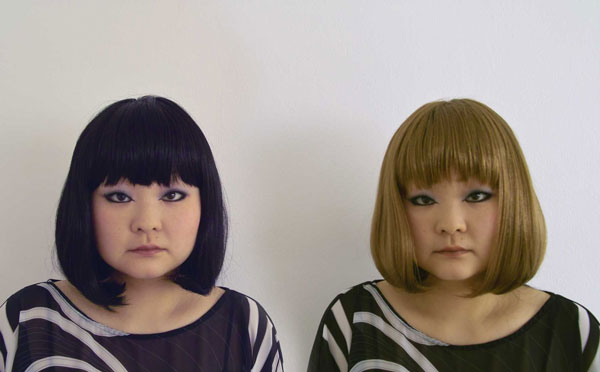 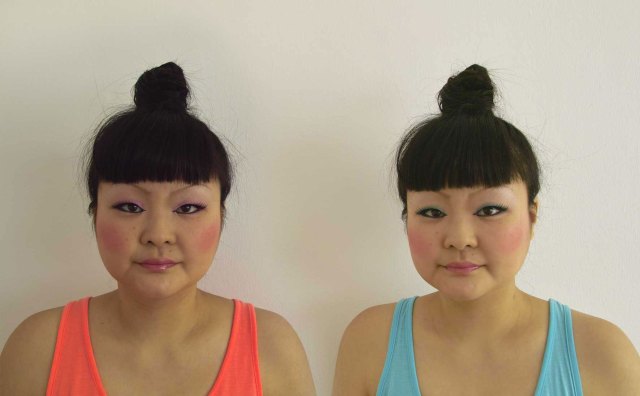 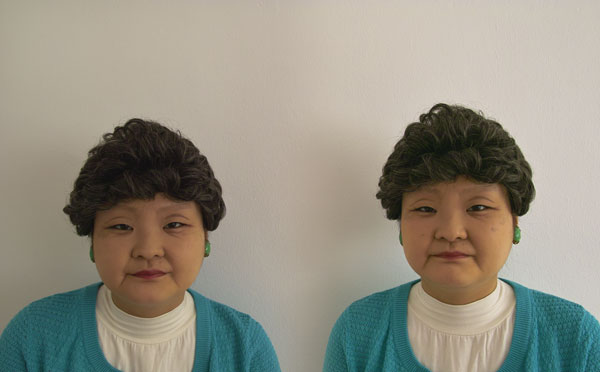 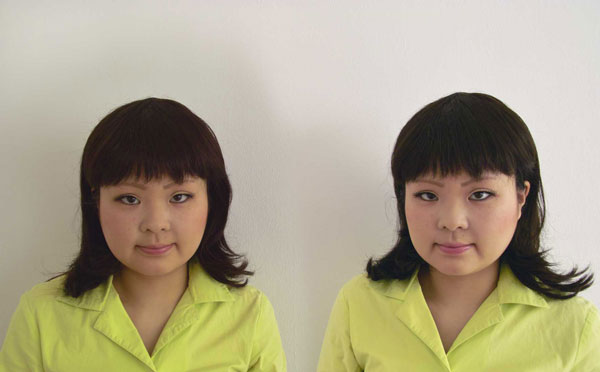